This page has information about the places in Old Jack’s Ghost Stories from England (2).

Chester is a very old, historic city in North West England. It was built by the Romans around 2000 years ago. The Romans built walls around the city to protect it. The walls are still there today. They are around 2 miles (3.2km) long. The walls are a tourist attraction, and many people enjoy walking along the walls. If the weather is nice, walking along the walls is a great way to see Chester! 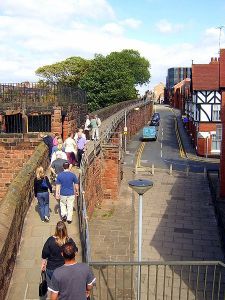 Other interesting places in Chester:

Chester Amphitheatre. It is said that the Romans used this amphitheatre for sports such as boxing and wrestling, and gladiator fighting!

The Feathers Hotel was built in the 17th Century. It is very famous for its beautiful architecture and design. It is in the centre of Ludlow, a very old market town in Shropshire. Ludlow has many historic buildings and is in the middle of beautiful countryside. It is not far from the border between England and Wales.

Other interesting places in Ludlow:

Ludlow Castle: Ludlow Castle was built in the 11th Century. You can walk around the castle and learn about its history. 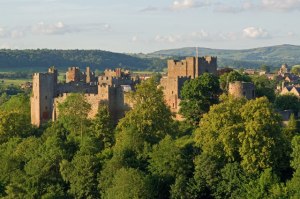 Ye Olde Starre Inne  is York’s oldest pub. It has been a pub since 1644. It is very near to York Minster. It is in a street called Stonegate. This street is very famous because Guy Fawkes, one of England’s most famous people, was born here in 1570.

Hampton Court Palace is one of London’s most famous palaces. It used to be owned by Henry VIII. It was built around 1514. Now, it is a very popular tourist attraction. The palace has many antiques and works of art. It also has gardens and a maze, called Hampton Court Maze.

Photo: By Man vyi (Own work (own photo)) [Public domain], via Wikimedia Commons

The Tower of London is another very famous tourist attraction in London. It was built in the 11th Century by William the Conqueror. It is famous for being a prison, where many people, including kings, queens and princes, were kept and killed. 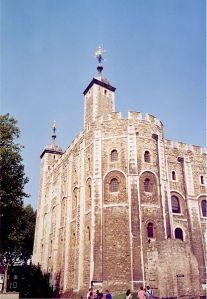 Dover Castle is England’s largest castle. It was built in the 12th Century. It is a popular tourist attraction and has a great tower, secret tunnels and views of the sea.